This website uses cookies to allow us to see how the site is used. The cookies cannot identify you. If you continue to use this site we will assume that you are happy with this.
If you would like to know more, you can view our privacy statement here.

There are many exciting image analysis projects being developed at the University of Leeds, thanks to the ongoing collaborations between the Section of Pathology and the School of Computing. Some of these projects are described below. 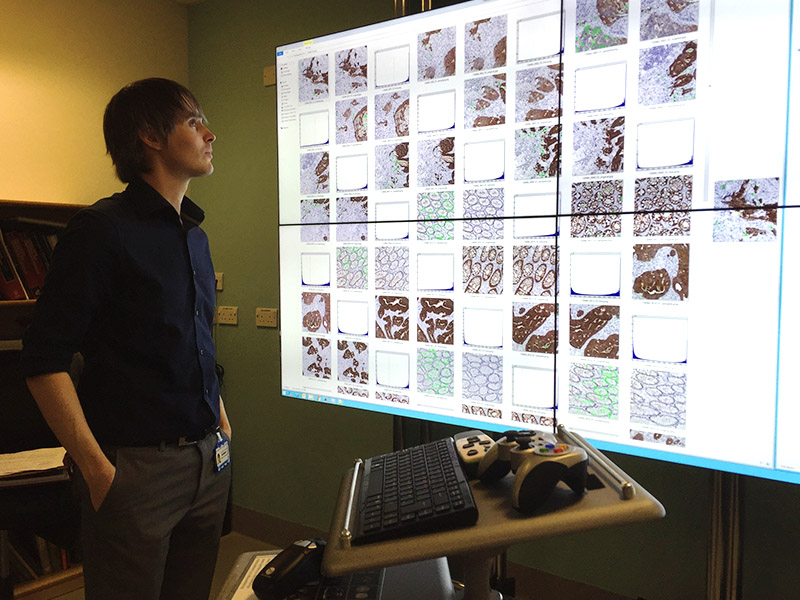 The Virtual Pathology department at the University of Leeds currently has approximately 90TB of digital slides (around 300,000 images), which facilitate almost all of the computing based research projects undertaken here.

Algorithms are developed using an array of high performance virtual machines, and devloped algorithms are deployed on dedicated servers in order to be run with accompanying web services so that researchers can use them. Also, the University allows shared access to their high performance computing clusters, which are capable of parallel processing, and have over 3000 processors!

One of the foremost human-computer interaction experiments developed within the department (known as the Virtual Pathology Powerwall project) is also used to help display large amounts of image processing results for rapid visual assessment of algorithm performance (see image above). 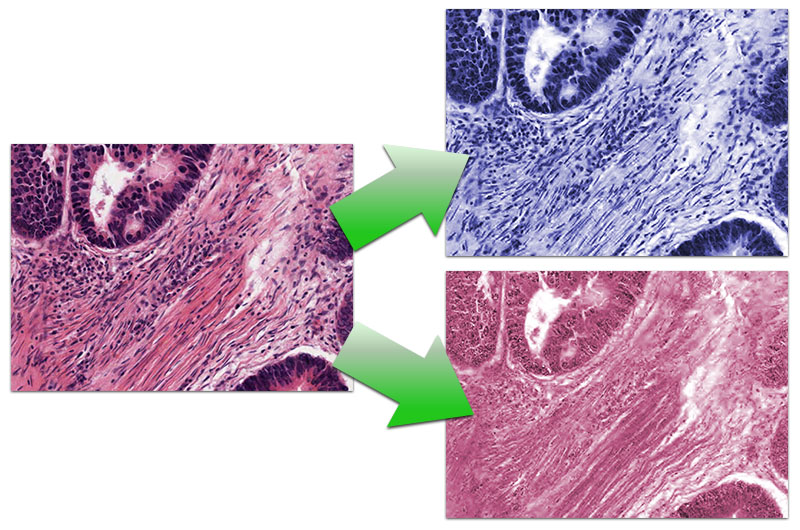 Heatmaps of staining intensities for separated haematoxylin and eosin stains 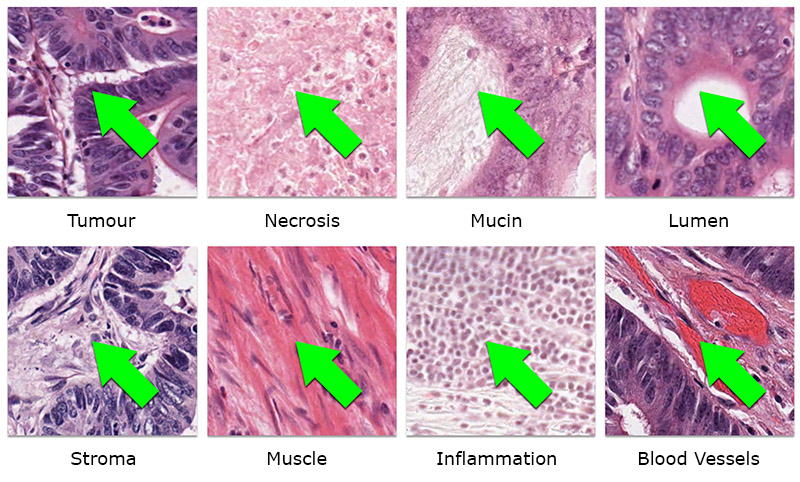 Different types of tissue found within the cancer being analysed (bowel)

TMAi is a web based system designed to handle management and analysis of Tissue MicroArrays. By using image analysis to de-array TMA cores, the system automatically labels tissue images with identification labels, for quick access of large volumes of data.

The TMAi back end comprises of an open-standards compliant database, which means that data from TMAi can be exported into a published XML standard format, and shared with other systems that use the same.

After core images are assigned to identifiers, then can then be either manually analysed using the in built rapid scoring user interface, or users can make use of the automated stain quantification algorithms to analyse their entire dataset at the click of a button. 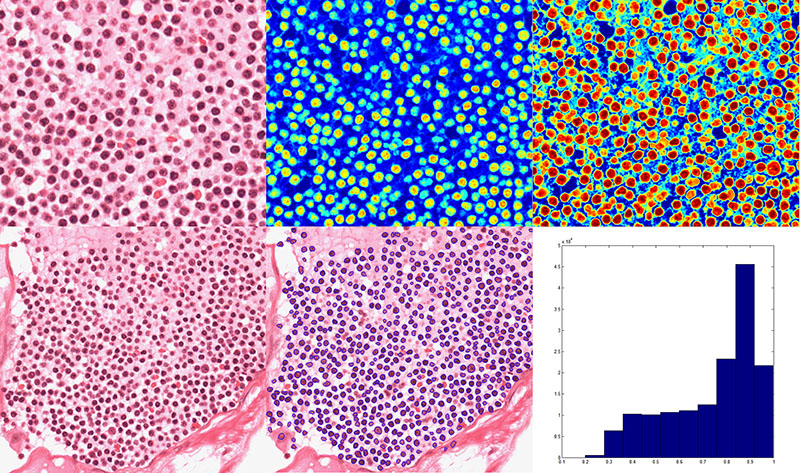 A virtual slide of liver tissue (left) shows areas of normal liver cells in pink and fat globules in white. Our algorithm detects the fat and produces a segmented image to indicate the size, number, and location of the fat globules.

The algorithm results (Y axis) correlate with the pathologist estimation of the fat present (X axis).

Running the algorithm on the whole slide allows visualisation of steatosis distribution in 2D. In the example below, fatty sparing adjacent to a tumour is demonstrated by whole slide image analysis (H&E stain of whole slide, left; heatmap of fat distribution, right)